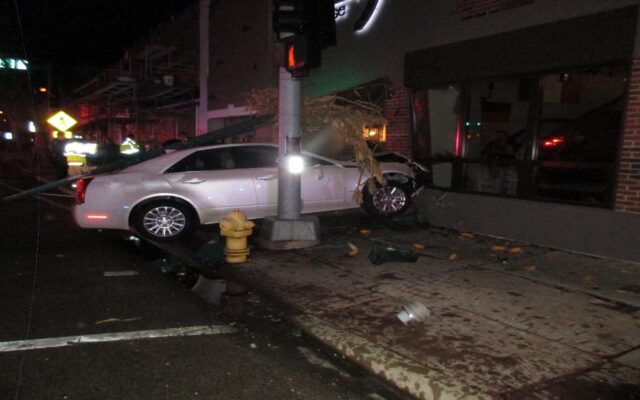 (Antioch, IL)  A man is facing charges, after driving his vehicle into an Antioch business. Police were called to the Rivalry Alehouse just before midnight Friday. When they arrived, they found a vehicle that had driven into the business, after originally crashing into a light pole along Route 83. No one inside the restaurant was injured, nor was the driver of the vehicle…who was identified as Nicolas Placko of Antioch. The 39-year-old was slapped with a DUI charge. The restaurant did not release a monetary damage estimate, but was able to stay open over the weekend for business as usual.