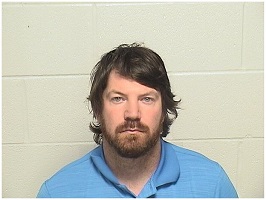 (Mundelein, IL)  A Mundelein area man is behind bars, after he reportedly committed sex crimes on a minor. The Lake County Sheriff’s Office announced the arrest of Larry Reeb III in their weekly arrest blotter. Sheriff’s official Christopher Covelli said Reeb was taken into custody after an investigation determined that he had sexually abused a juvenile on numerous occasions over a span of nearly one year. He was also said to possess nude pictures of the victim. Reeb has since been charged with two varying counts of criminal sexual assault, six counts of criminal sexual abuse and possession of child pornography. Bond for the 31-year-old was set at 500-thousand-dollars. He’s due in court on the 26th.