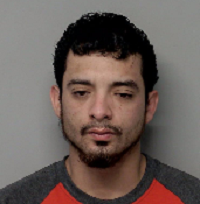 (Waukegan, IL)  A Grayslake man has pleaded not guilty in a Round Lake Beach murder case. Jesus Vargas is facing three counts of first-degree murder in the late February death of Brian Mahdee. Vargas is accused of stabbing the 37-year-old victim multiple times after a verbal argument. The 29-year-old suspect then reportedly turned the knife on himself, but was able to recover in the hospital before being charged. Vargas is being held on a 3-million-dollar bond, and is due back in court on May 25th.