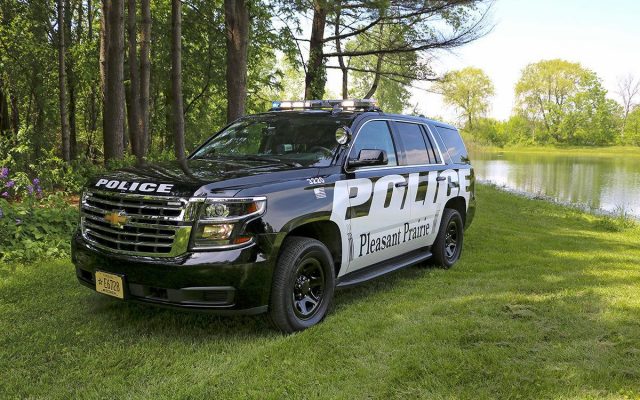 Authorities arrested three people who fled when Pleasant Prairie police were attempting to make a traffic stop that began in the village when the driver later crashed the reported stolen vehicle into a median in the 6000 block of Green Bay Road in Kenosha.

Arrested were two men, ages 18 and 23, and a 17-year-old boy in the 2:30 a.m. incident Wednesday, which began in the 9900 block of Sheridan Road, according to the Pleasant Prairie Police Department.

Both men are expected to face charges of operating a vehicle without owner’s consent as passengers and obstructing. Police also recommended bail jumping charges and an arrest on a felony warrant for the older suspect. The boy is expected to face charges of felony fleeing and eluding, driving a stolen vehicle, obstructing and possession of heroin with intent to deliver.

Officers from the Kenosha Police Department, Kenosha Sheriff’s Department and the Wisconsin State Patrol assisted village police in apprehending the suspects. As the vehicle traveled into the city it struck a curbed median at 60th street and Green Bay Road. At the time, four suspects exited the vehicle and ran from the scene.

After a short foot race, police apprehended two of the suspects. The third suspect was arrested a short time late. All three suspects were in custody before 3a.m.

kenosha
Connect With Us Listen To Us On