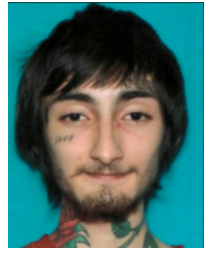 (Highland Park, IL)  Six people are dead, scores of others wounded after a gunman opened fire from a rooftop, into a 4th of July parade in Highland Park. Local and federal law enforcement quickly identified their suspect, and a manhunt for Bobby Crimo III took place through the late morning hours and into the afternoon. The 21-year-old was apprehended after a North Chicago Police officer noticed his vehicle along Route 41, and a short chase ensued, which ended in the Lake Forest area. Crimo has not been charged at this point. Lake County Coroner’s officials say the 5 of the 6 victims died at the scene, while another died at the hospital. The 5 were identified as adults, while the age of the 6th was not released. Of the 30-plus injuries, at least one child was said to be among them…and those injuries vary from minor to critical. The Lake County Major Crime Task Force, Highland Park Police and the FBI are all assisting in the ongoing investigation.

Several parades, festivals and fireworks shows in and around Lake County were canceled after Monday’s mass shooting in Highland Park. Villages including Deerfield, Lincolnshire, Vernon Hills and Libertyville all canceled planned events. While towns in other counties like Rolling Meadows, Evanston, Skokie, Northbrook and Palatine also canceled out of an abundance of caution. Most of the cancellations took place as a manhunt for a suspect in the shooting took place. The shooting in Highland Park at a 4th of July parade killed 6 and wounded dozens of others. A “person of interest” who is also considered the prime suspect in the case, has been arrested…but has not been charged at this point.