KENOSHA, WI (WLIP)–A Reuther High School Student is in custody after a large police response to the school Thursday.

Kenosha Police say that they responded to calls of a student with a gun just before 3 PM.

Police say the student was located quickly and taken into custody without incident. A facsimile firearm-a fake gun made to look real-was recovered from the student’s backpack.

In a message home to parents, school officials said that a BB gun was recovered.

School officials also said that a few other students were also taken into custody because of their behavior toward officers who responded to the scene.

No injuries were reported and the investigation continues. 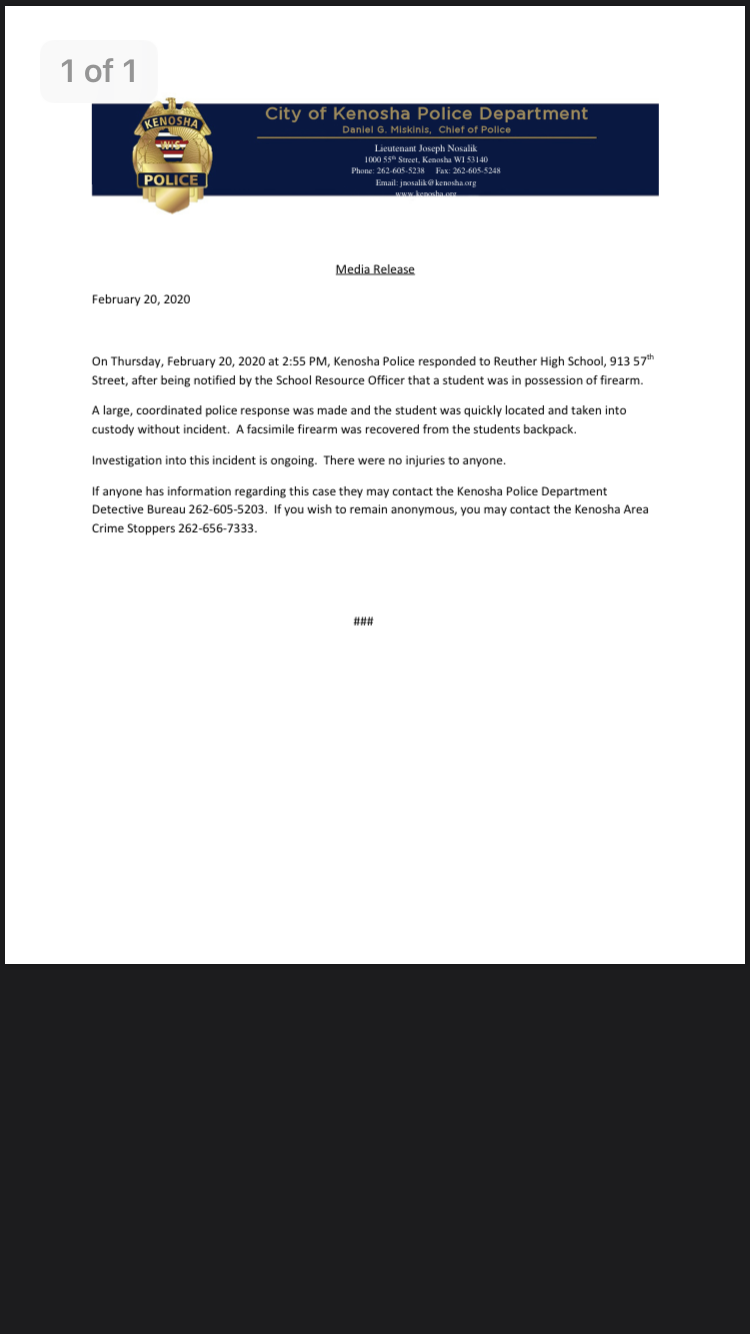