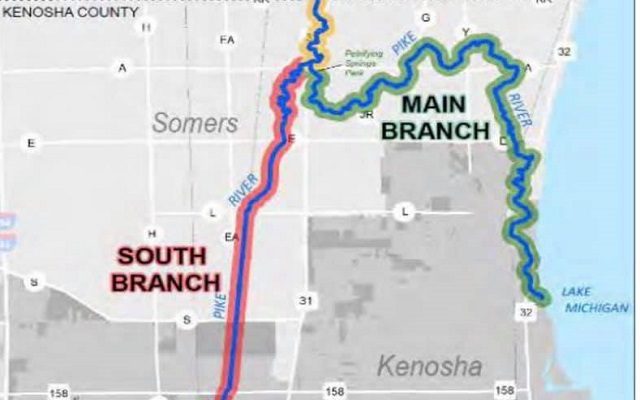 KENOSHA, WI (WLIP)–Kenosha County and the U.S. Army Corps of Engineers have signed off on an agreement for the restoration of the South Branch of the Pike River.

The $15 million project was announced during a gathering of representatives from both sides on Wednesday.

Kreuser also said that the project will address a waterway that was compromised by agricultural ditching in the early 1900’s.

it will continue a restoration of the entire Pike River system that has been ongoing for several years.

The Army Corps is providing nearly $10 million in support of the first phase of the project.

While the congressman says that while an across the board energy policy is important long term, the traditional energy sources are needed to fight the short time crisis.

Steil says that other short term solutions like tapping the county’s strategic reserves do not solve the underlying problem.