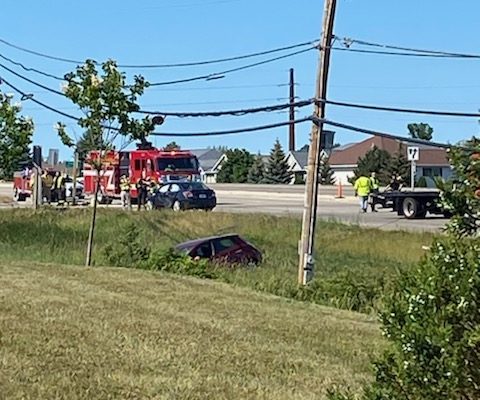 KENOSHA, WI (WLIP)–A Kenosha woman is dead and several others were injured in a two vehicle crash in Somers Tuesday.

It happened on Green Bay Road at 35th Street when the woman attempted to turn from the northbound lanes toward the shopping center when she was allegedly struck by a vehicle driven by Darnell Lyons of Kenosha, ejecting her from the vehicle.

Authorities allege that Lyons sped southbound at a high rate of speed at the time of the collision. In his vehicle were several other adults and children-all of whom sustained injuries. The woman has only been identified as a 54 year old and her name has not been released.

The Kenosha County Sheriff’s Department says Lyons had a suspended license and was out of jail on probation. He’s expected to face several felonies as the crash remains under investigation.